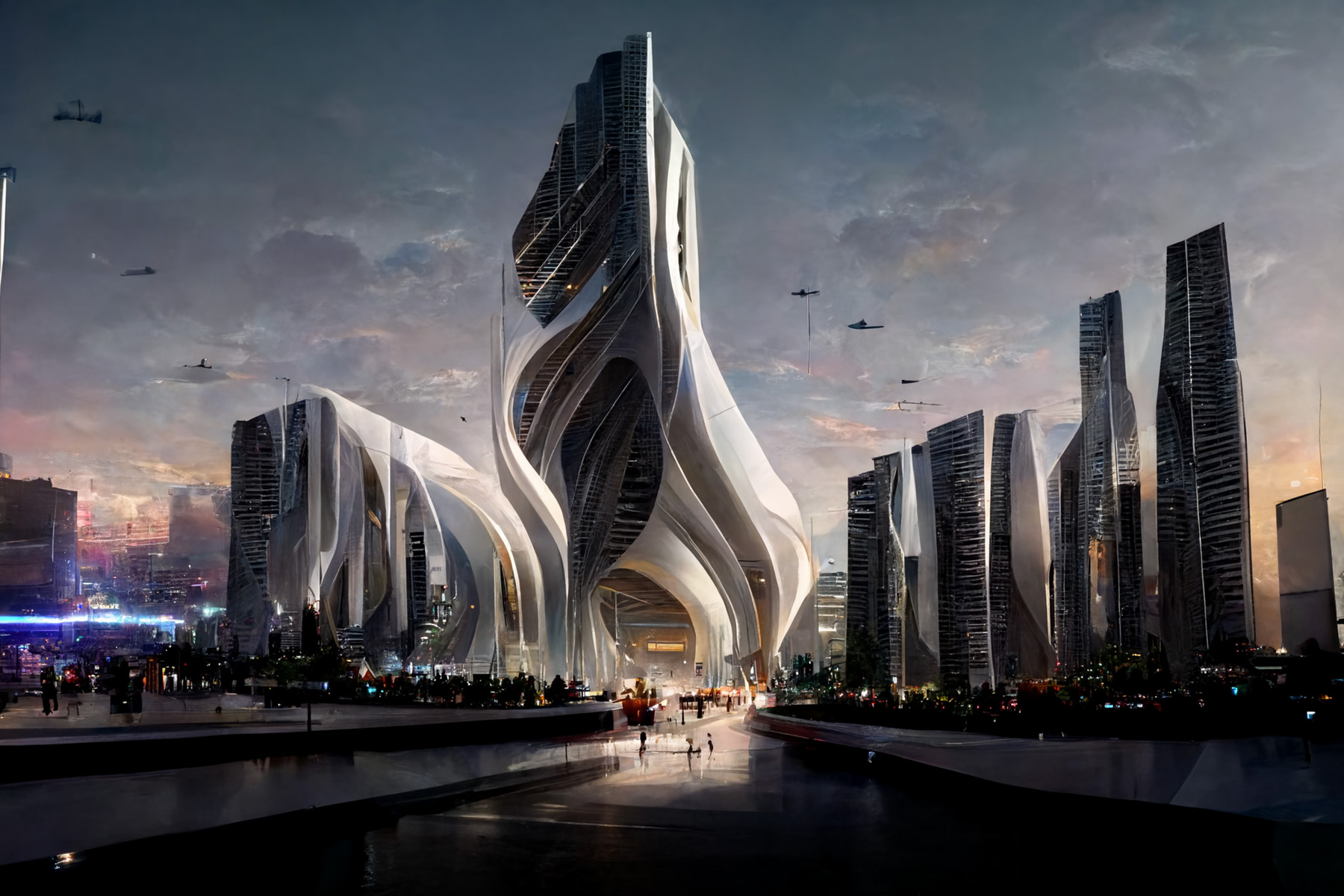 Valherya is a modern human civilization in 2183. That new society is mainly based on technological innovations, inventions and engineering applications. To avoid the mistakes made by human beings in the 20th and 21th century, in Valherya Innovation not only changes people’s lives significantly by respecting nature. Harmony between nature and humanity is as important as good relations between people. Therefore, all countries, cities and areas source 100% of their power from renewable energy.  The urban areas are bright, shiny, positive and extraordinary. Valherya is a world where robots live among humans, flying cars soar above the overcrowded streets and a world where public space travel is a reality. Holographic roads guide the hovering vehicles and many of the workers of the city are humanoids, known as ‘fabricants,’ that have been programmed without feelings. The Valherya series was created by the Digital artist Blue Shadow by using AI with midjourney.